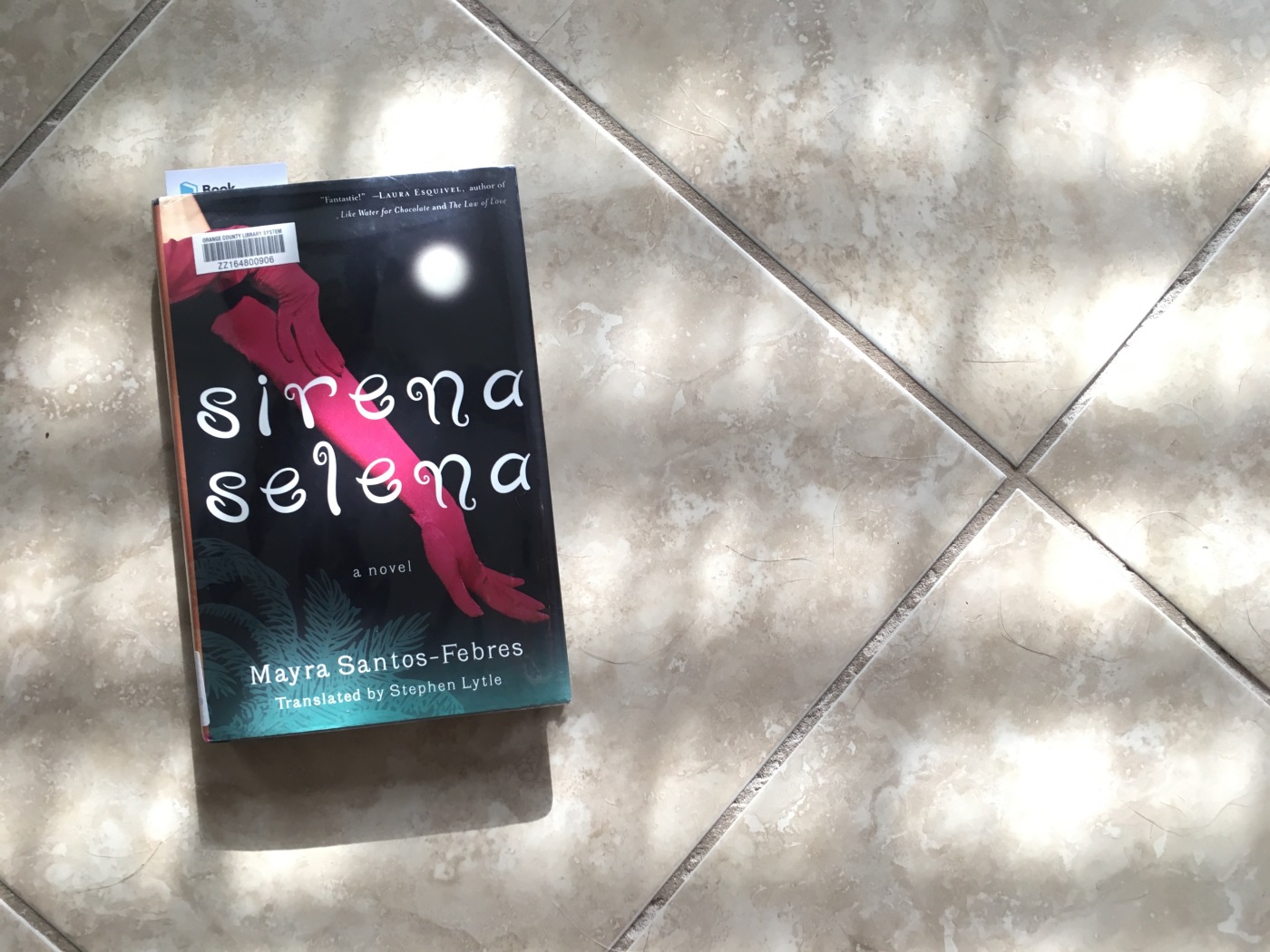 Sirena Selena by Mayra Santos-Febres is about an ambitious Puerto Rican drag queen named Martha Divine and her young protege, Sirena Selena. They head to the Dominican Republic hoping to capitalize on Sirena’s captivating voice by performing boleros live when she captures the fascination of a local, wealthy businessman.

Written more than 17 years ago, this book predates progressive gender movements like Latinx, #Ownvoices and the popularity of RuPaul’s Drag Race – which could explain some of the rather unforgiving reviews on Goodreads and Amazon.

But, guys, just look at this stuff:

“She was a diva from beyond, honoring us with her luminous presence, a goddess who had descended from Mount Olympus to mingle in the dark with us mortals in the hidden bars of gay San Juan.”

Upon seeing Sirena descend from a spiral staircase during a performance, the audience nearly loses their damn minds:

The calla lilies wither and, nearly dead, they faint before Selena’s hungry chest. Her moon approaches the balcony, full. The apocalypse is about to occur. Sirena, standing still in the center of the staircase, sings…

To be clear, this ain’t your mama’s To Wong Foo, Thanks for Everything, Julie Newmar kind of story for mass consumption.  And, I also don’t think this is meant to be read as some kind of comprehensive codex of the queer experience in the Caribbean. But, it’s a story and one about the roles we all play (whether forced on us, coerced, imagined or self-imposed) in order to get what we want.

Worthy of your TBR? Yes!

And, pop on a bolero playlist to set the mood while you read.

Do you have a lesser-known queer lit title that deserves some love? Share your recommendation in the comments below.

View all my reviews